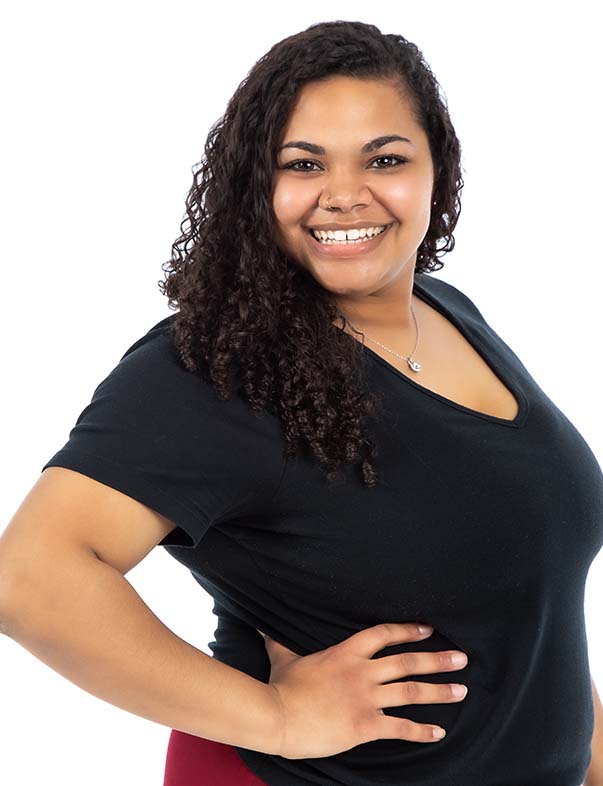 Shayna Christon has been dancing since she was three years old and began competition at age five. She grew up doing all genres of competitive dance (Hip hop, Jazz, Tap, Lyrical, Contemporary, ect) and had the privilege of being a part of the top competitive lines at her studio. Shayna was also a member of the White Bear Lake Dance Team (2009-2013), where she practiced High Kick, Jazz, and Pom and was Team Captain during her senior year. Post high school she attended University of Minnesota and was a member of the U of M Dance Team, which won nationals as well as a world title.

Shayna went on to graduate from Aveda Institute, but her love of dance kept pulling her back. Along with being a dance instructor, she was Head Dance Team Coach for Irondale High School. She has done choreography for college and high school teams in Hip Hop and Jazz.

Her knowledge of dance and the world of dance is extremely in tune and current. During Shayna’s’ career, she has achieved awards for her choreography and loves to get teams clean, organize costumes, along with music and put together fundraisers/events. “I want my teams to strive for greatness in all things, not only dance, but learn these lessons through dance. I want students to make a positive impact on the people around them. I, ultimately, want to push them to become better people for our community.” Shayna loves to continue to grow and push her dancer’s potential. She cannot wait to get started working with your child.