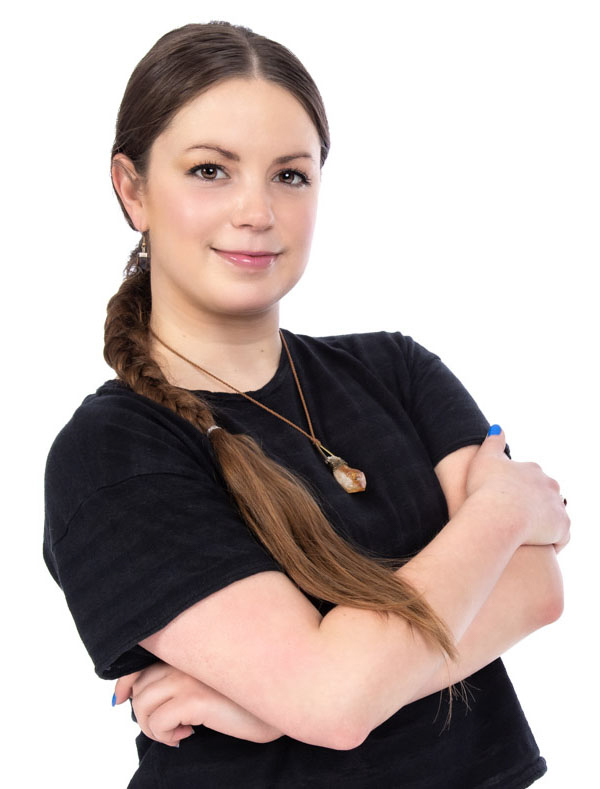 Kacey hails from River Falls, Wisconsin. Throughout her formative years she trained at various studios around the Twin Cities. At 13 she traveled to Washington D.C. to study at the Kirov Academy and when she was 17 she attended the Juilliard School’s Summer Intensive program for dance. Kacey graduated from the Saint Paul Conservatory for Performing Artists in 2008. That year, she received a national award for her choreography from the National Foundation for the Advancement of the Arts’ YoungARTS Program in Miami, Florida. Later that year, she presented her work at the Kennedy Center in Washington D.C. where she was named a Presidential Scholar in the Arts.

After high school Kacey moved to New York City to further her knowledge in ballet and modern dance at The Juilliard School. There, she performed works by Jose Limon, Jack Ferver, Lar Lubovitch, Mark Morris, Nacho Duato, and Alexander Ekman. Kacey was a teaching artist for Juilliard Outreach StART Osceola summer intensive in Kissimmee, Florida in 2010 and 2011. After graduating in 2012 she was selected to perform with The Juilliard School Ensemble for The International Dance Festival in Edinburgh, Scotland. Kacey has been featured on HBO’s documentary television series Masterclass as a rookie choreographer under mentorship of Bill T. Jones. She has presented her choreography at Merchant’s Hall in Rutland, Vermont, and both The Angel Orensanz Foundation and Judson Memorial Church in New York City. She has performed with Nai Ni Chen Dance Company based out of New York and the Summer Stage series in Boston.

Since her return to the twin cities she has performed in Luke Olson-Elm’s Broken at the Southern Theater, and Jes Nelson’s Equinox Suite at Bryant Lake Bowl. Kacey has participated in Live Arts at the SooVAC and Kevin Iverson’s collaboration for Hackwith Design’s debut bridal line at Paikka. Kacey was selected to perform for Antoinette Beender’s Aveda Congress 40th Anniversary. She was featured in Rhythm Street Movement’s music video “Dig In” and performed as a guest artist in Ricci Milan and Rhythm Street’s “Who Brought the Humbug” in 2019. She danced in Hatch Dance’s Isotope and Three Card Man in 2018, The Machine Stops in 2019 and Daisy in 2021. Kacey is a certified Progressing Ballet Technique teacher and enjoys teaching many forms of dance. Kacey is thrilled to be back in the twin cities and hopes to share her love of creativity and movement with as many people as possible.