Once Upon a Time…

Once upon a time in the town of Woodbury, Minnesota USA two sisters who loved to teach dance decided to open a dance studio. They were very lucky when they found a little studio, formerly owned by a dance teacher who was looking to retire. Since it was in Woodbury, they thought Woodbury Dance Center would be a great name for their little business. They were thrilled to teach 300 dancers who came to their little studio each week. They had a tiny waiting room where about 10 parents could fit, it was very little. The first year they put on their first dance recital, with a total of three shows. Soon, the sisters realized that their little studio was too small; they needed a bigger place to teach their dancers. They found a new space and had a very busy summer, doing fun things like painting, installing ceiling tiles, hauling sheet rock, installing dance floors and they realized that being a dance teacher was pretty hard work! Now, they had two rooms with a bigger lobby where they could fit more dancers and their families.

As the years went by the studio grew and grew…but the sisters had lots of help along the way. They were lucky enough to have a mom who loved the studio as much as they did. She loved it so much that she practically lived there! She didn’t teach dance, but she did just about everything else to help the studio run like a clock. The girls often wonder what they would do without their mom who helps so much. And the sisters soon had so many students that they needed to find other teachers to help them. Today they are so lucky; they have a staff of talented teachers who love to teach dance as much as they do. They even have a few teachers who were once students in that tiny studio they opened once upon a time!

Over the years the studio became a part of the sister’s lives. Babies were born and weddings were planned in the “off-season”, family vacations are usually part of dance competition trips and husbands became really good cooks because they wanted a meal at home. They never dreamed years ago when they opened their little studio that it would become what it is today and would like to thank everyone who has been a part of it over the years especially the families who bring their children to Woodbury Dance Center.

And as any once upon a time story ends…they lived happily ever after, teaching kids and adults to dance and hoping dance brings as much joy to their students as it has to the sisters! 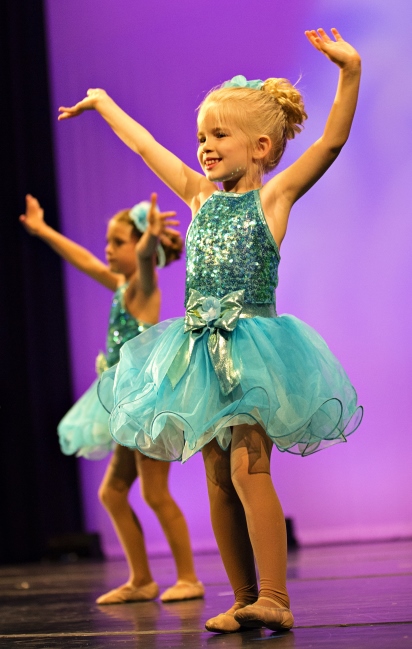